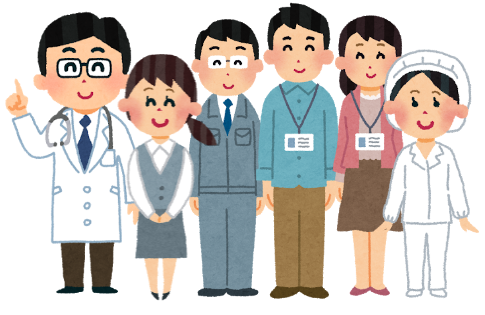 The purpose of ICheck project is to analyze the population percentage of antibodies for the COVID-19. Companies and organizations can receive free antibody test kits for the number of participants by paying the project participation fees. The results of the antibody test will be aggregated and used for research purposes without identifying the names of companies or individuals.

※1 Depending on the situation, we may not be able to respond to your request immediately. Consultation hours are 9:30am to 5:30pm (Monday to Friday) - by emails or phone calls. 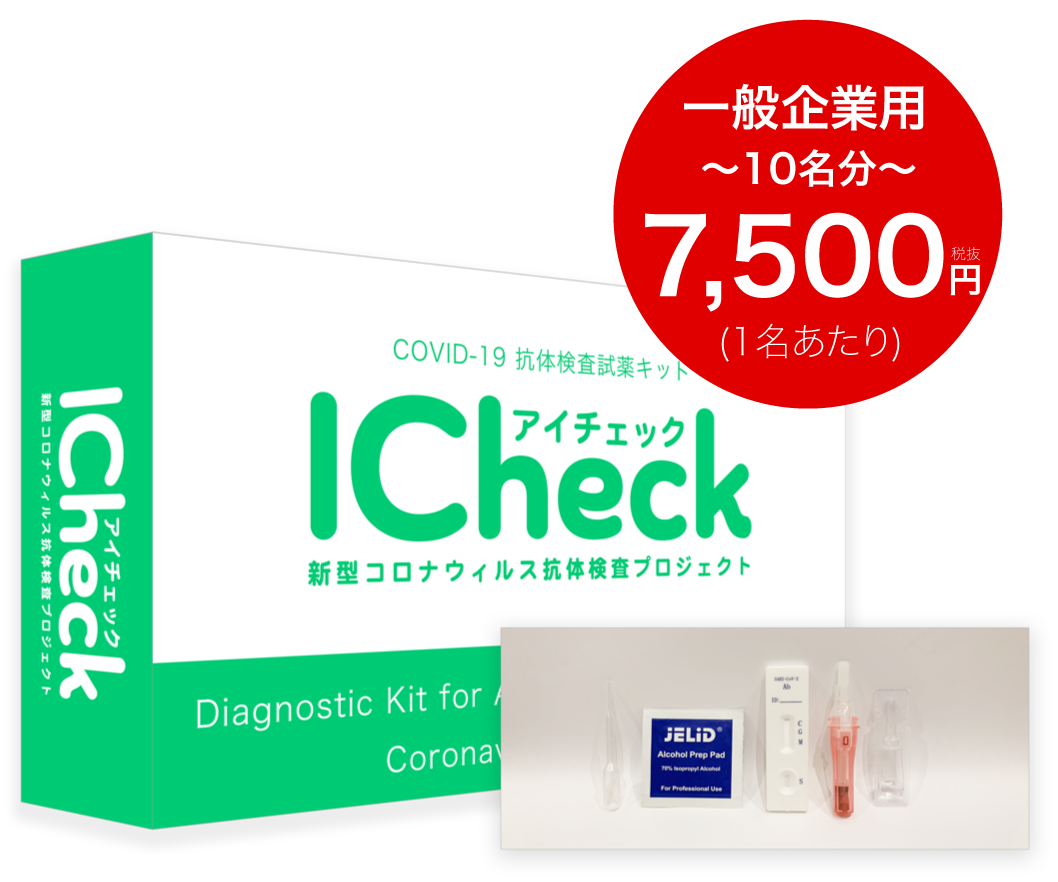 The participants can consult with your hospitals and clinics via emails and phone calls for a month. We accept a project participation at a minimum of 10 participants per company/organization.

Are you prepared for COVID-19?

Do you feel uneasy about the resumption of the economy?

If a cluster appears in the company…

If an employee is infected with COVID-19, the company will be closed for a period of time in order to conduct contact tracing to prevent the spread of infection… The loss in the event of closure would be immeasurable, due to the inability to executing the business. 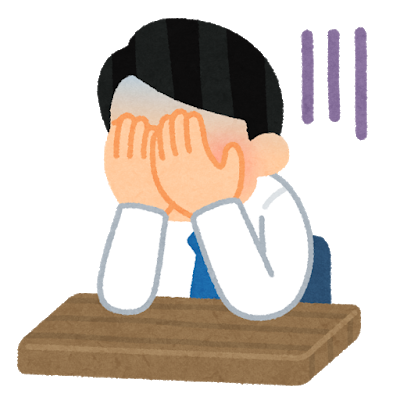 If your employees will infect a customer…

When you are infected with COVID-19, you may be asymptomatic with no fever and no symptoms. If an employee is infected and asymptomatic, there is a risk of infecting a customer. Once it occurs, it may interfere with reopening the business. 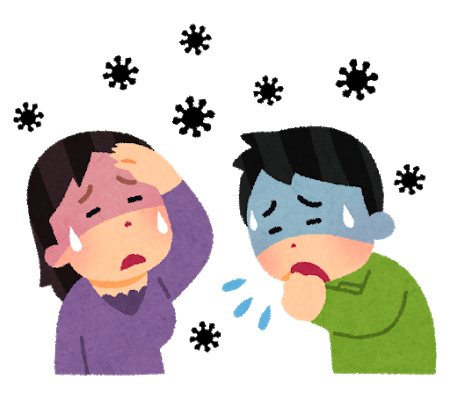 What to do if it happens?

Sometimes it's difficult to get to a designated hostpitals.

Congestion at hospitals and clinics 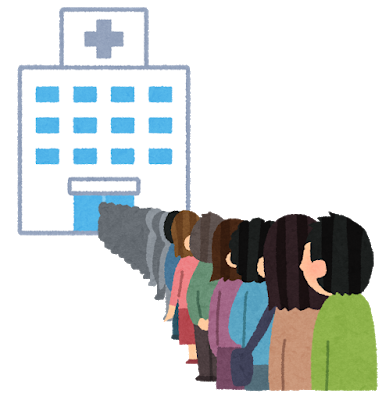 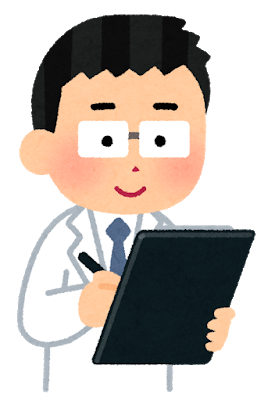 You can consult with hospitals and clinics

It is possible to consult with hospitals and clinics for advice on COVID-19 and how to respond to the results of antibody test kits and what to do if you have a positive test result. 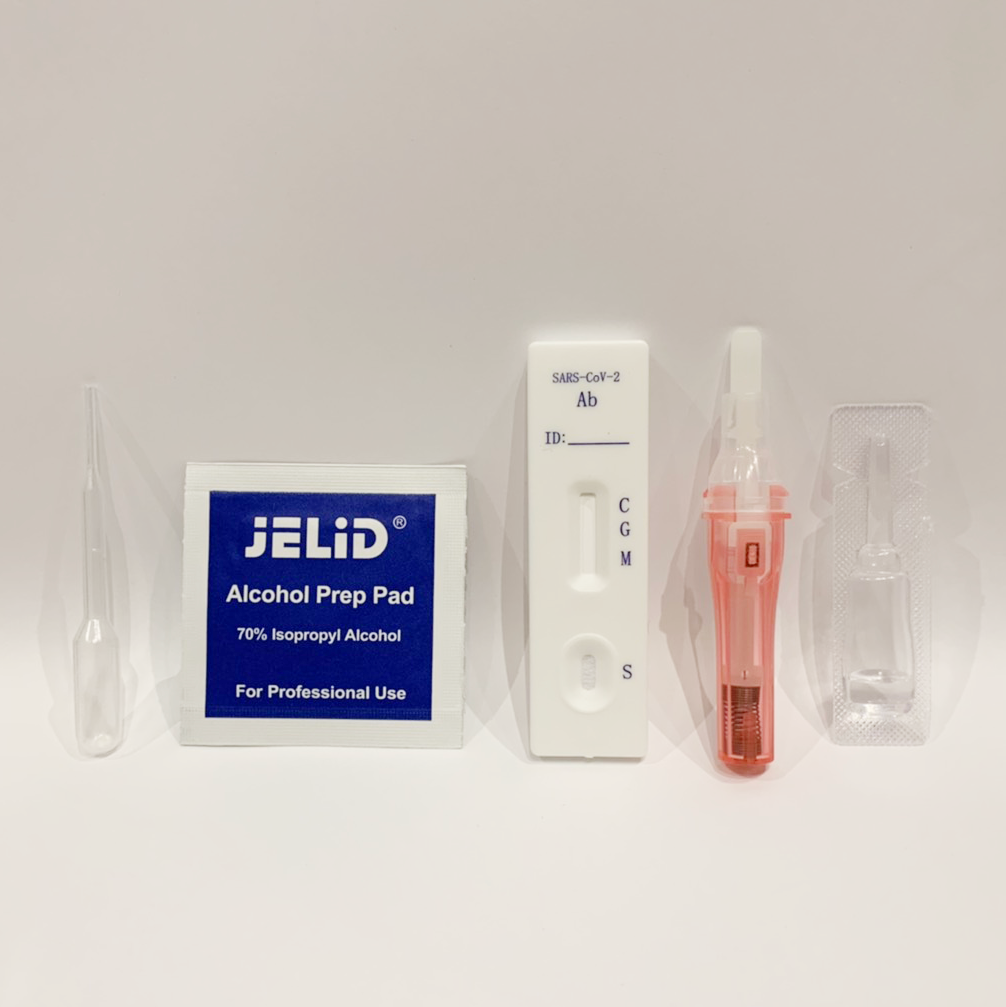 We will provide an antibody test kit “for free” 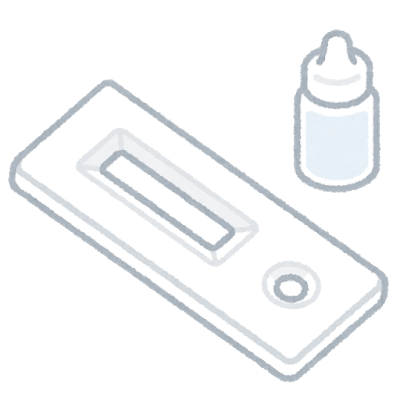 You can check the antibodies at home in just 15 minutes

It is possible to consult with hospitals and clinics for advice on COVID-19 and how to respond to the results of an antibody test kit that what to do if you test positive. 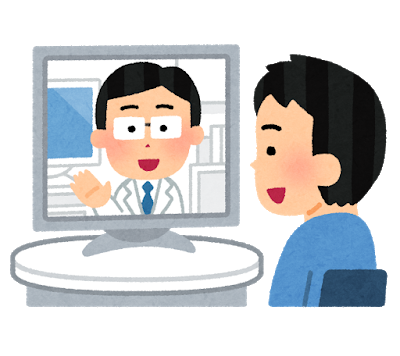 The hospitals and clinics will provide you with a customized consultation (by phone or email), based on the results of the antibody check.

I recommend these people 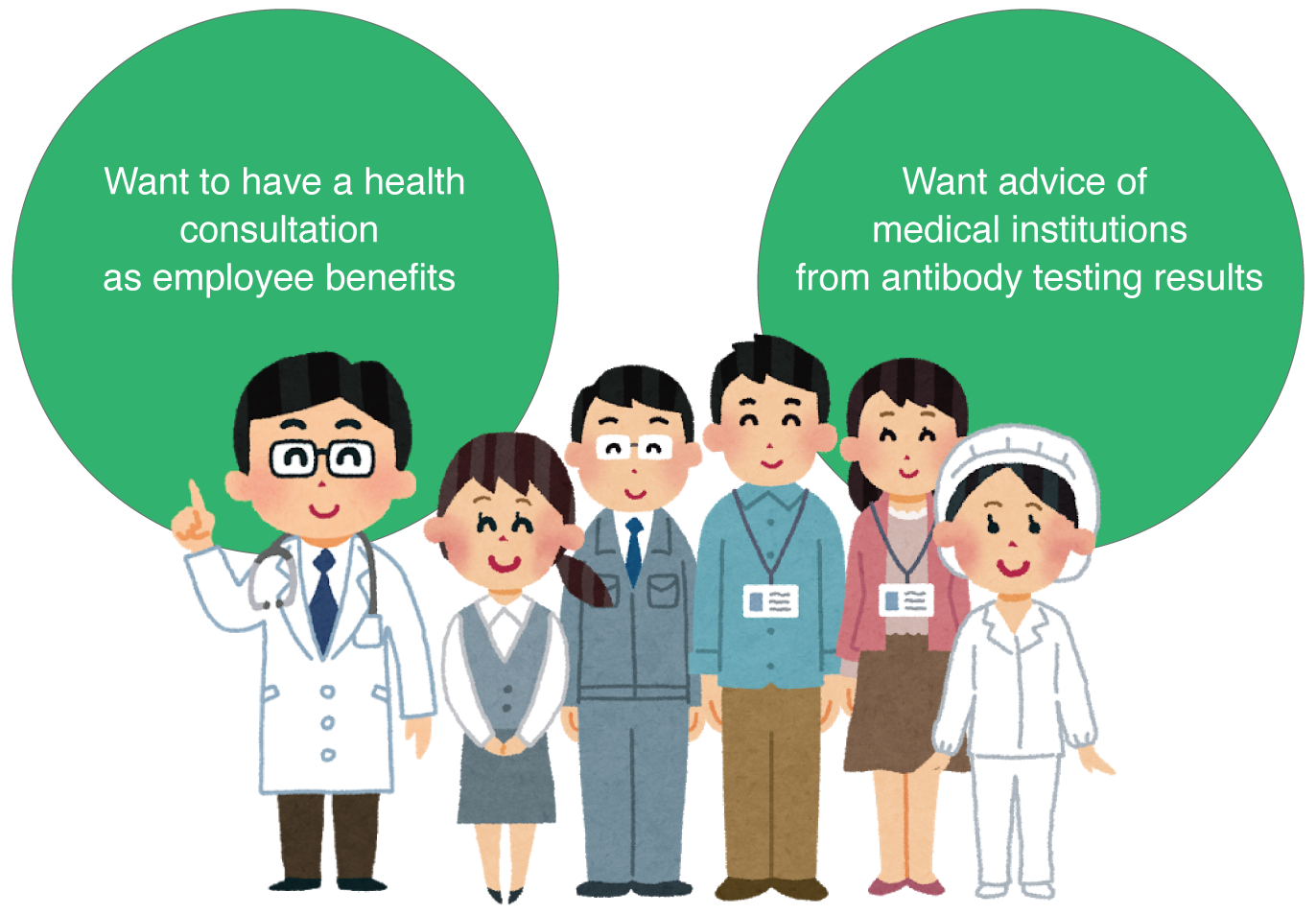 Attention for usage of this service

The purpose of ICheck project is to analyze the population percentage of antibodies for the COVID-19. Companies and organizations can receive free antibody test kits for the number of participants by paying the project participation fees. The results of the antibody test will be aggregated and used for research purposes without identifying the names of companies or individuals.

ICheck's COVID-19 antibody test kit has been used for a number of clinical trials in Japan and abroad, and the results are shown as below.

The kit, which was developed in Shanghai in China, has been used in five locations in China (China Medical University, The People's Liberation Army No. 302 Hospital, Wuhan Asia General Hospital, Shenzhen People's Hospital, Zhejiang University School of Medicine) Clinical trials were conducted by the U.S. Department of Health and Human Services (DHS), and a 95.14% efficacy rate was confirmed for 370 samples in total.

Data from a comparative study for antibody testing and PCR, published by Sagamihara Kyodo Hospital

The closer the kappa coefficient is to 1, the more consistent the comparison between the antibody test kit and the PCR test is likely to be. 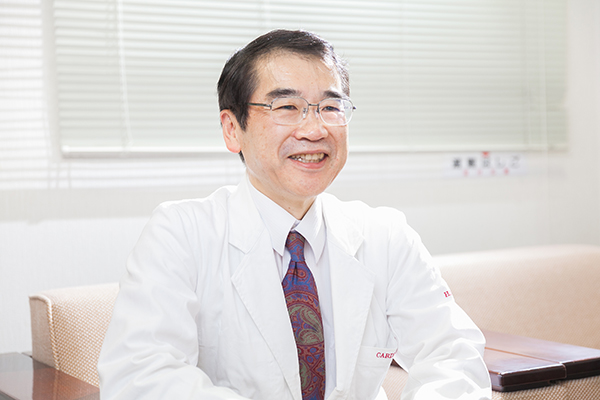 Comments from the Director of Sagamihara Kyodo and Izeki Hospitals

As a designated hospitals and clinics for infectious diseases, Sagamihara Kyodo Hospital has been accepting patients with the new type of corona pneumonia in Sagamihara City in cooperation of the Sagamihara City Public Health Center, since the first case in Japan in January 2020. In Sagamihara City, Kanagawa Prefecture, the first wave (Covid-19) from China arrived in late February, and the second wave via Europe arrived in early April, but since then there has been a lull.

The city has a population of approximately 720,000, but no large-scale epidemiological study has been conducted at this time. However, based on the results of the PCRs in our emergency departments and the aggressive cluster squashing by the health department, the prevalence rate is expected to be around 1.6%, which is lower than in Tokyo. Depending on the prevalence of the disease, the future response by hospitals and clinics and the government will be different, but antibody testing kits, which are essential for large-scale control of infection rates, are unreliable, as recently announced by the Infectious Diseases Society of Japan.

The ICheck kit provided by Loki Consulting, Inc. has a kappa coefficient of 0.9 especially for cases after 8 days of onset, which is 0.96. Further study is needed because only about 81 cases have been evaluated and there seems to be a lull new coronavirus transmissions, but at least it can useful for epidemiological testing.

Adopted as a criterion to resume work by the Malaysia Ministry of Health. 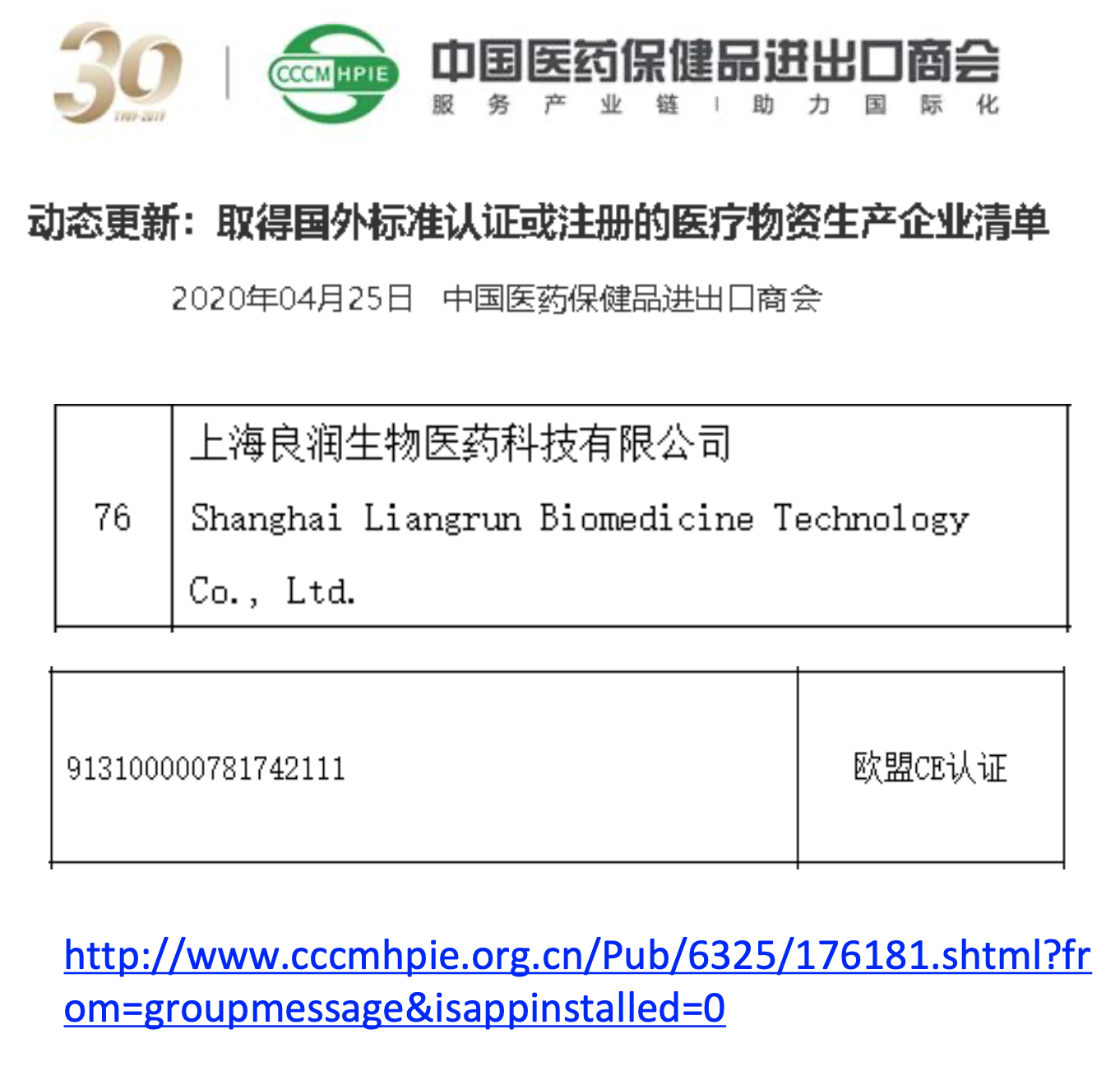 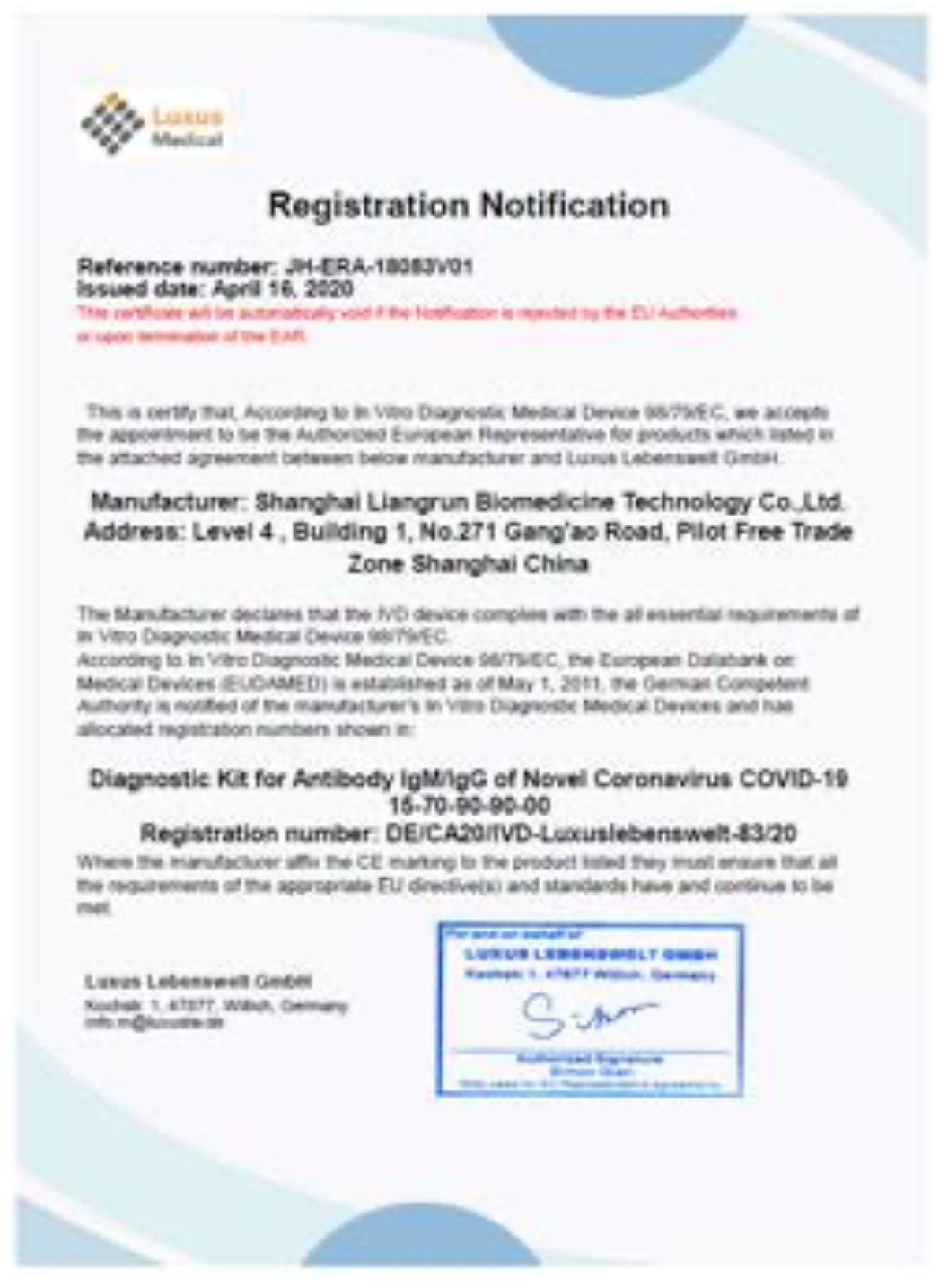 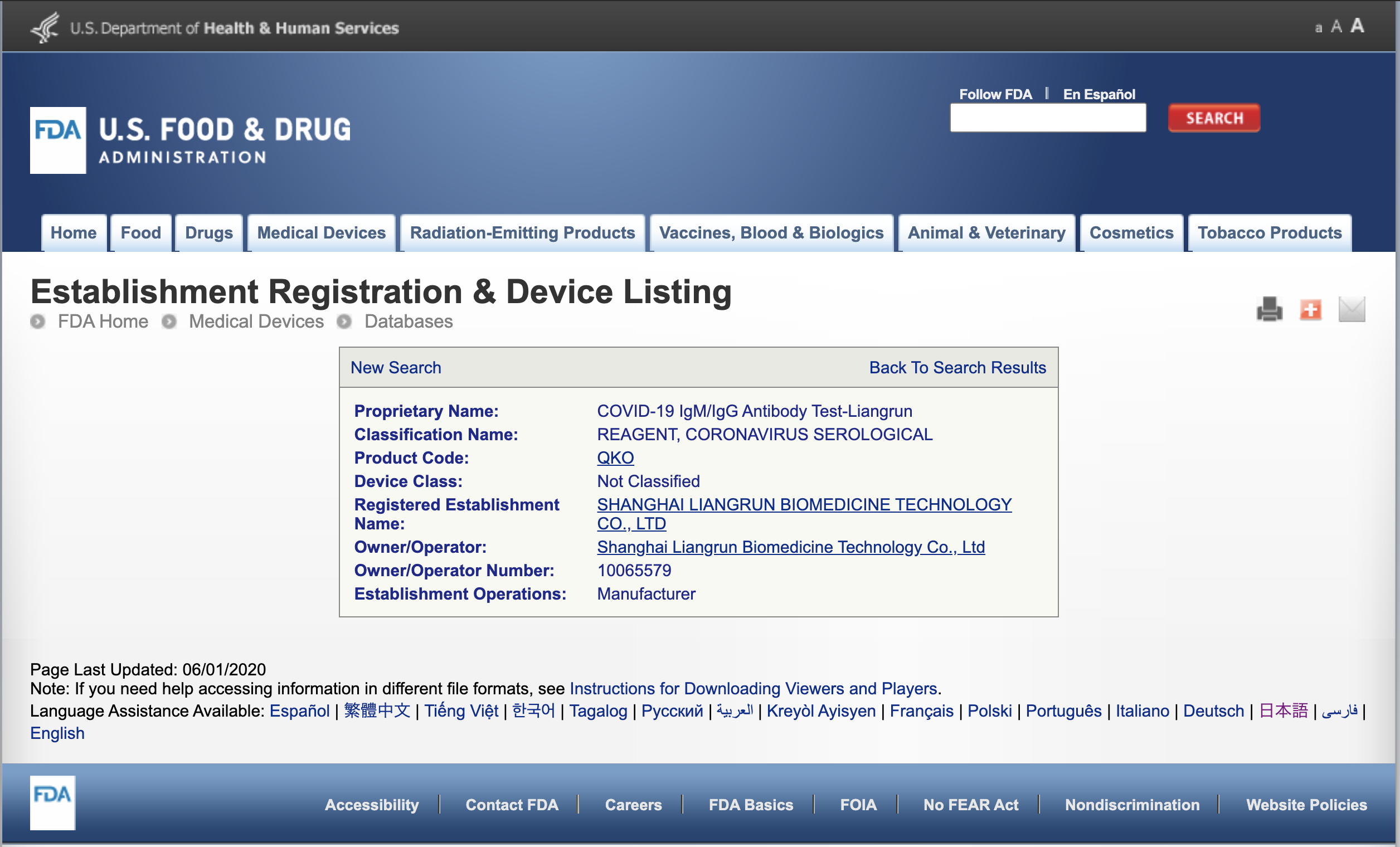 Antibody testing is easy to do

A small amount of blood is drawn from the fingertip and determined with a special test plate. 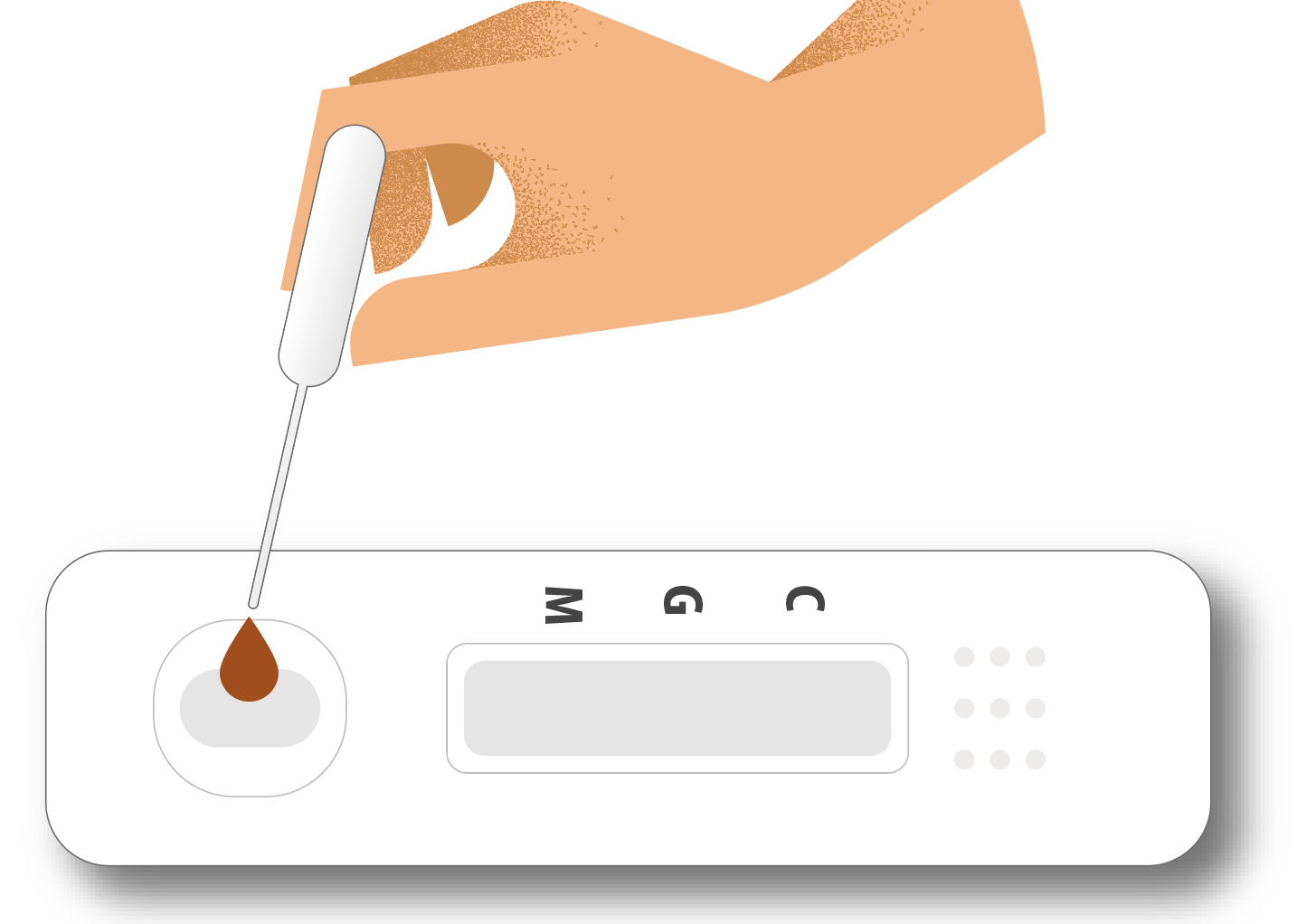 Step 2 Wait 15 minutes for the results.

It takes about 15 minutes to find out if you have been infected with COVID-19. The test looks for two types of antibodies. 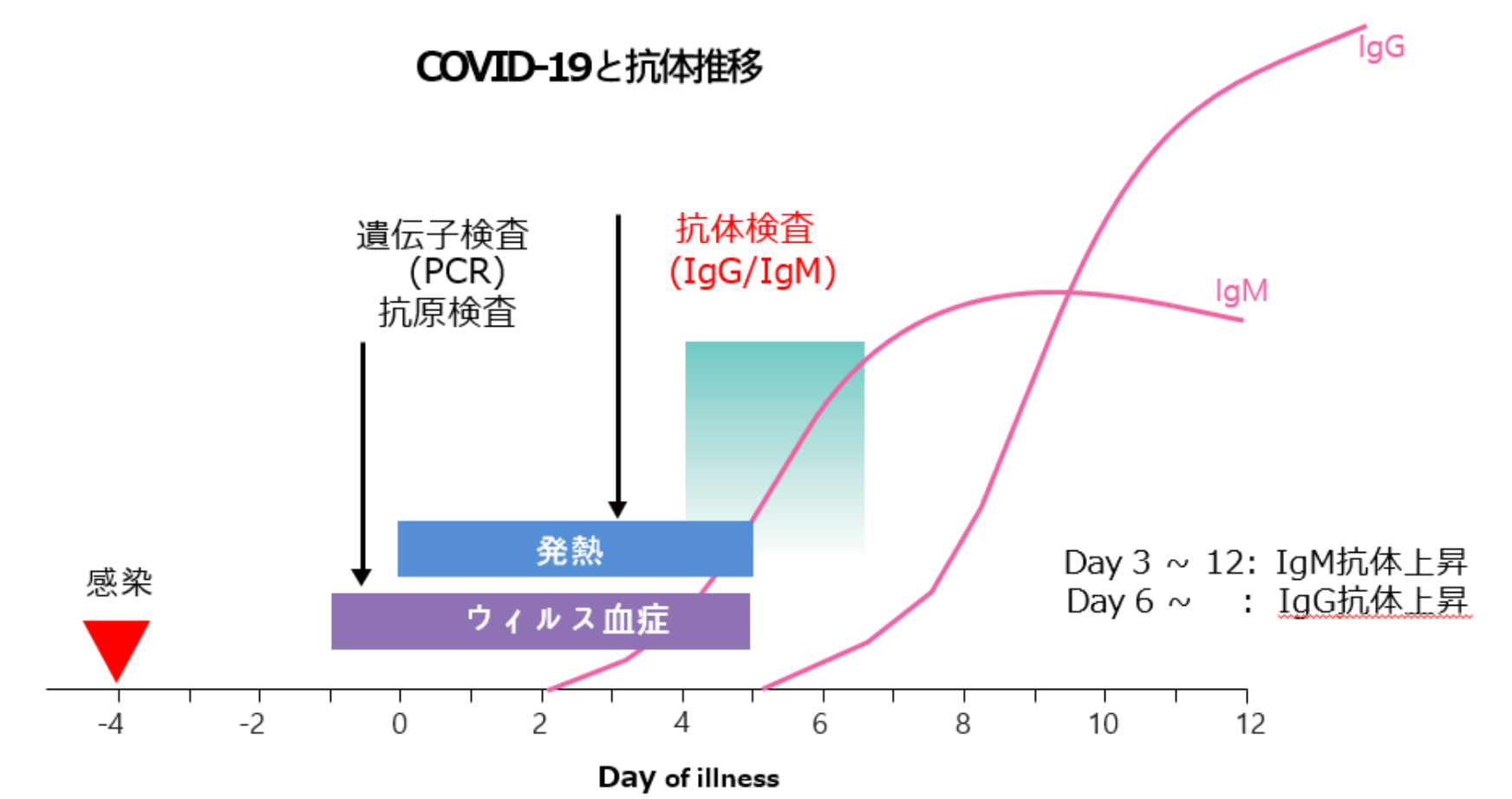 If there is no line at "C"
The test is invalid because it indicates that the antibody test kit is faulty. We will return the product for replacement. If you get a "C", you are not infected.

If the line appears at the letter "M", IgM antibodies are positive.
You may be infected with COVID-19 and may be in the early stages of infection.

If the line appears at the letter "G", IgG antibodies are positive.
It is believed that you may have been infected with a new type of coronavirus in the past and may have produced IgG antibodies after infection. 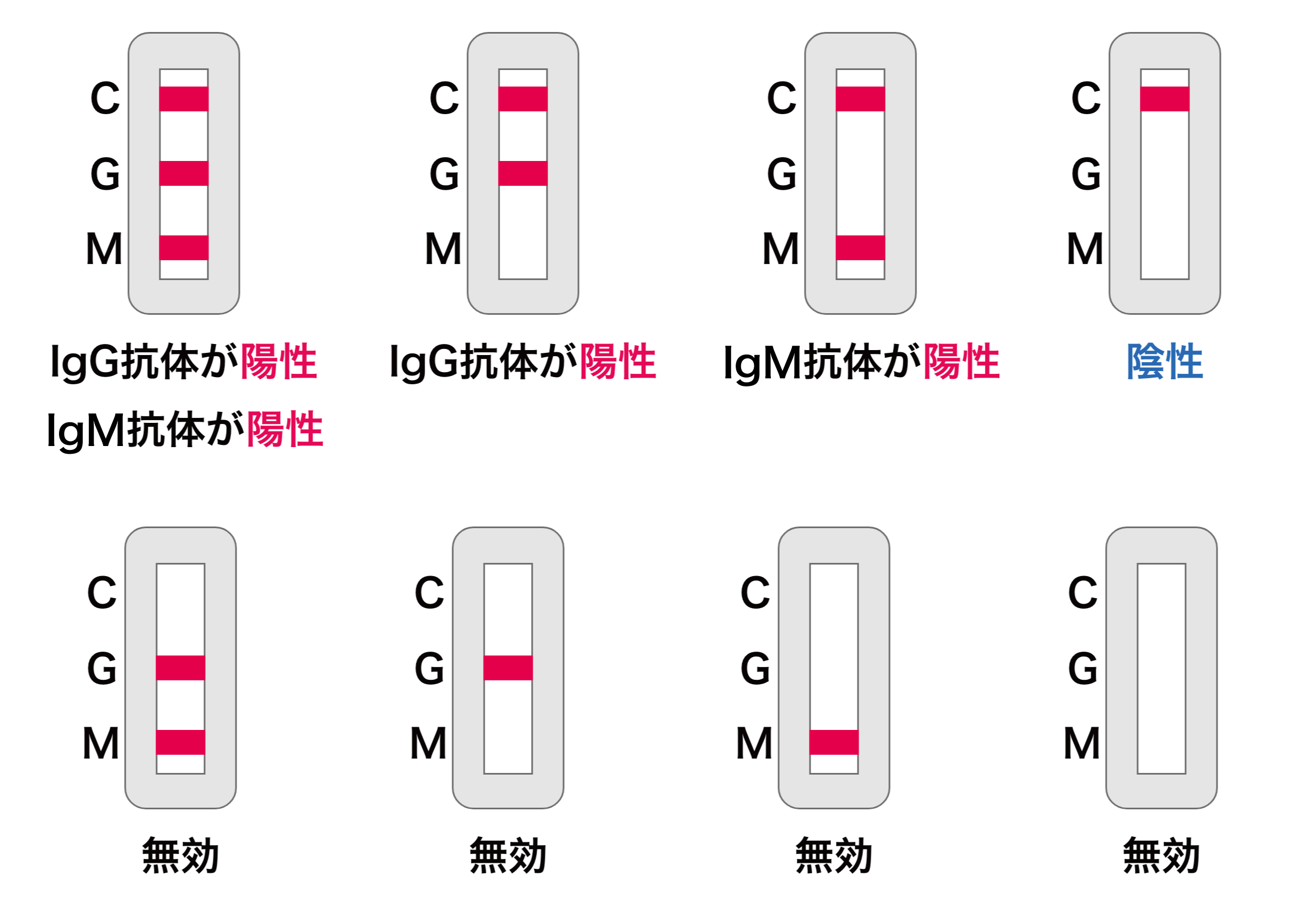 If a positive reaction occurs, consult hospitals and clinics

If you test positive for either "G" or "M", you are probably already carrying antibodies to COVID-19, but this does not mean that you will 100% immune to re-infection.

If you are "negative" for both, you are less likely to have been infected with COVID-19 because there are no antibodies in your body and you are at risk for future infection. If you are unsure, please contact your hospitals and clinics by email or phone.

The ICheck consultation service period is provided for one month after delivery of the antibody test kit. Please return the needle to your hospitals and clinics as it is medical waste. Alternatively, they can be disposed of as medical waste.

We participated in an antibody testing project

I'm in a customer-facing job

With real estate rentals, it is often impossible to sign a contract unless you come to the store, so I often talk with customers face-to-face. I was afraid that "if" I was infected, I would be inconvenienced by my customers. I thought it was good etiquette to say that I was being thorough in checking.

The company is offering it as a benefit plan

To be honest, I was worried because the call center has a large group of people working in an enclosed space. I was very happy when the company gave out the antibody test kit. I no longer have to worry about it.

I'm relieved, I travel a lot

Because of my job, I travel a lot and meet a lot of different people. I'm careful about washing my hands, wearing a mask, and disinfect, but I was worried because I often ride the train. My wife also told me that, "if I got the coronavirus, it was your fault". I was conflicted by the fact that I wouldn't be able to provide for my family if I didn't go to work, but I was also conflicted by the fact that I couldn't bother my family.

How to participate in the ICheck antibody testing project

Register your company name, contact information and other information.

Sign up for as many people as you need. A confirmation email will be sent to your registered email address we receive your application.

Please pay by credit card or bank transfer.(In case of bank transfer, the bank account to be transferred is indicated in the application confirmation email)

After confirming the payment, the antibody test kit will be delivered to the specified address.

Company representatives should provide each participant with a copy of the ICheck Medical Record sent to them by their hospitals and clinics. Each participant should review the consent form in the "ICheck chart" and participants should follow the procedures to complete the test.

Participants are required to register and report their test results using the "ICheck Medical Record" sent to them by their hospitals and clinics.

If necessary, consult with your hospitals and clinics.

You are free to consult with your healthcare provider by email and phone for a month. You can apply with a minimum of 10 participants.

The purpose of ICheck project is to analyze the population percentage of antibodies for the COVID-19. Companies and organizations can receive free antibody test kits for the number of participants by paying the project participation fees.

Q. To what extent can we discuss the contents of the health consultation?

Basically, via an email and phone call consultation.

Q. To what extent can we discuss the contents of the health consultation?

Please feel free to contact us for any health concerns about new coronavirus infections, whether or not you have had intimate contact with an infected person, subjective symptoms, and any other health concerns related to the disease.

Q. Is it possible to have a health consultation only when I have a positive test result?

Regardless of the results of the test, if you have any concerns or worries about COVID-19 infection, you can consult your hospitals and clinics at any time within a month.

Q. Is the health consultation available only to those who have participated in the project?

Q. What kind of organization is a specialized hospitals and clinics?

This is expected to include designated hospitals and clinics for infectious diseases, local health centers, and counseling centers for people who have returned to Japan and their contacts.